Today I want you to meet Daniel Johnston. I “met” Daniel when he left a comment on my blog. I went to Daniels blog “The Readers and Writers Paradise” and found out he is a kid book reviewer too. I think the reviews he posts on his blog are very informative and he really tells you what he thinks about the books he has read. I asked Daniel if he would do an interview with me and he agreed to!

Hi Daniel! Thanks for agreeing to do this interview. Can you tell us a little about you and how you started your blog on books – http://readersandwritersparadise.com/ ?

I’m Daniel Johnston and I just turned 15 two weeks ago. I reside in New York and run the website The Readers and Writers Paradise.

I started it a few years ago a few months after I heard about blogging. I had a website on chess for many years (now no longer available; I still have some sites on chess but my main site is gone), and I’ve always loved reading and writing.

Looking around the internet, the reviews I saw mostly weren’t in depth. That’s not a problem; just a style. But I felt a lot of people could benefit from somewhat longer and more detailed reviews.

Plus, I thought a lot of people would appreciate a review blog by kids. There are many now, but I started my site over two and a half years ago, and I don’t think anyone was really doing it then.

What kind of books do you like to read and review the most?

I read mostly action/adventure books. I used to read some fantasy books, but I don’t like them as much anymore. Certain comedy books I also enjoy. My favorite author is Gordon Korman, and I’ve reviewed a number of his books on my blog (including some reviews in the paper). He actually came to my school once. They asked Dan Gutman to come, but he doesn’t go out of New Jersey anymore. He said to ask his good friend Gordon Korman. I absolutely loved his books and even got to meet him. This was four years ago and he’s still my favorite author.

What are you reading right now?

I just finished reading The Adventures of Huckleberry Finn and am currently reading The Complete Short Stories of Mark Twain. I really like his writing and I’ve already reviewed a few stories of his. Theodore Boone #3: The Accused by John Grisham came out last month and I just read that. I decided to try an adult book of his and really enjoyed The Associate.

I also learned that Daniel is a competitive chess player (which I think is really awesome). I am interested in learning more about competitive chess (I really love playing chess, but I am still a beginner in the chess world). Daniel also answered some questions about being a chess champ. 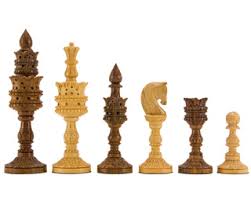 When did you start playing chess and how did you get to be a competitive chess player?

My aunt got me a chess set when I was four, but I didn’t learn how to use it until I was bored one day when I was seven. I learned the rules with my mom (she didn’t know how to play), and we played some games. I really enjoyed it, and my uncle and cousin both play chess also, so my aunt took me to the chess center for lessons.

Soon, I started playing in local kids tournaments and studying and winning pretty much every week (I probably have over 60 or 70 trophies). So I started going to out of town tournaments. My first one was in Albany when I was in third grade. I go to a few tournaments a year and play at a local club twice a week. It’s a very fun game and I was also very good at it.

What do you like the most about being a competitive chess player?

It’s a lot of fun to play chess games. A lot of people look at it as very boring, but in actuality it’s exciting for pretty much anyone! A lot of the games (which frequently last up to 6 hours) are very intense and fierce, and although it can be tough to lose sometimes, I’ve mostly gotten over that. Going to tournaments and competing against other people is very fun, and you get to meet a lot of people. A lot of people get really tired by the end of the tournament (which isn’t surprising considering they’re at the board for 7+ hours a day for several days), but it’s still very enjoyable.

Going to the chess center is very fun, too. Many people I know since I started going there seven years ago and we’re great friends. There are all kinds of variants to chess (like bughouse, kriegspiel, suicide, etc., You can play blitz (five minute games) also, which is quite a different game.

Going to camp every day was a lot of fun. The chess center here is really active and is one of the top in the country, so most places don’t have that. You can still go to tournaments and play online, though. Everyone has a USCF rating and it’s fun to see it go up as you learn more. If you get to be really good you get in the top 100 for your age in the country (right now I’m 78th, although I was 30th or 40th at one time), and it can be nice to see yourself go up. Especially if you like working hard and get a lot of enjoyment from that; chess definitely takes a lot of work and study. When I was younger I remembered in school thinking about chess, looking over chess books in school, spending hours in my room just studying, and it was amazing.

Can you give us five top beginner’s tips for chess?

1. Develop your pieces and castling

This is very important! If your pieces are on the back rank, how are you going to do anything with them? You also need to castle and be patient to start an attack. Many people just go for the throat right away, but the more pieces you have out the stronger your attack will be.

When I first started playing, I would play several games a week, and during the summer they would have chess camp five days a week and a tournament on saturday and sunday, so I would be playing all the time!

Now I play twice a week at the chess center and at least a game or two a day online. Online I play on the Internet Chess Club (which costs money), but chess.com is good and it’s free.

Right now I have a coach who used to be number four in the world and we meet twice a week. If you listen to a competent coach and do what they say, it will save you a lot of time. You need to be careful in getting a coach, though. My current coach and I are great friends, but sometimes coaches can be mean or not a good fit. When I first started I did a lesson a week with a local coach, and that was extremely helpful. It may take a few coaches to get the right fit. Some people who are good chess players aren’t good coaches, too, but there is definitely a good coach out there for everyone!

There are also millions of chess books for players of all strengths that can be very helpful. There are many good books for beginners, such as Bobby Fischer Teaches Chess. You can start off by getting Chess Life for Kids, which you get for free with a United States Chess Federation membership and looking over the games in that magazine.

The best way to really improve is by training your tactics. CTART is helpful computer program, among others. Chess by Lazlo Polgar can be very useful. Although this is typically something that is just innate talent, it is very possible to improve immensely in it. You start out by doing mating problems (Mate in 1, Mate in 2, etc.,) and eventually work your way up to more difficult problems. Training for tactics especially helps for pattern recognition.

What other creative things are you involved in other than your blog and chess?

I used to be involved with the stock market. I love writing (other than just reviews), and I’ve been doing more and more of that lately. I also was very involved in politics this election, and have read a lot about economics. I also used to have a technology site, although I no longer maintain that.

Thank you Daniel for answering these questions. I enjoyed learning more about you and your cool talents! Please check out Daniel’s Blog by clicking HERE!

Thank you for reading my blog! I read every comment even if I don't get a chance to comment back!

What I am reading now!

Get an email subscription to my blog!

I write for the Upper Bucks Free Press!

HEY LOOK! CHECK OUT MY BOOK!

Check out my little sister’s blog! Animals and Art!

Proud Member of the –

Where the Awesome People Who Visit Me are from!